Christina Morali born in Athens .Studied Interior Decoration at the Athenian Techn. Institute (Doxiadis College) and ceramics at the "Hammersmith College of Art" in London. One of her works was awarded and used as a mural in the City of London.

From 1975 she opens her workshop in Athens and works until now.

C.Morali works with various techniques according to her esthetic needs.She uses different clays but mainly works with stoneware and porcelain.

C.Morali work is both sculptural and functional.

Since 1990 she worked with aluminium and bronze making a series of objects inspired exclusively by pop-art.Objects well known in everyday Greek life in past years gave her inpirations.The most famous object she designed was the well known 'Dekara', an old coin since 1915 which is not in use anymore. Also the 'Petit Beurre' bisquit, the bottle of Coca Cola, the 'Nivea' cream and many others.
C.Morali has participated in many group exhibitions in Greece and abroad.

Also she has made many solo exhibitions in Greece. 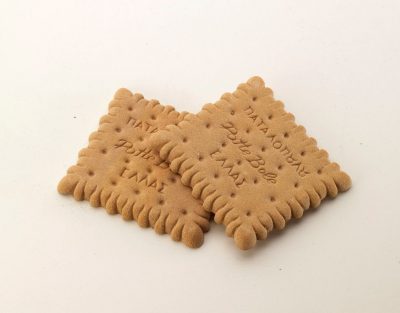